Gold Fever is an up and coming blockchain based game that you can even play on your iPhone. Gamers are highly looking forward to the proper launch of the game so that they can play and earn from Gold Fever. The game is currently in the Beta update. The team intends to integrate more NFT assets and new features into the game, moving forward. Even before their full launch, the team has managed to establish itself as a first class multiplayer blockchain based game. But what is this anticipation about? Why is Gold Fever creating news at all? How much should you spend to play? (Hint: don’t spend anything, it’s a free game!)

You would be surprised to know that Gold Fever is so new that we are one of the first few to fully review the game. So stick with us, read this guide and prepare for the new craze in the GameFi industry!

What is Gold Fever? 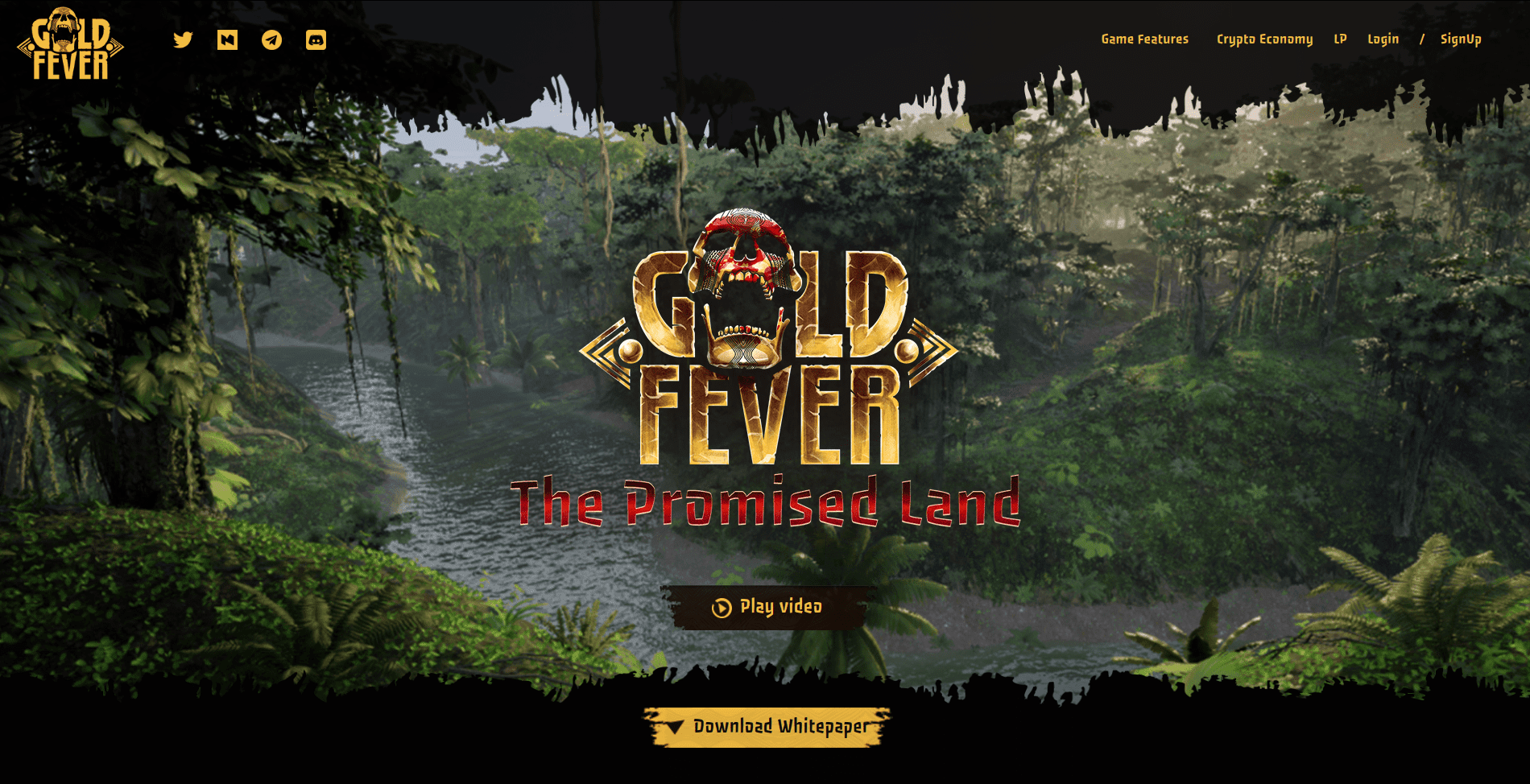 Let’s first answer your question of what is Gold Fever game: It is a multiplayer blockchain based game that embraces play-to-earn model. Created by the Bitter Cherry Productions team in 2016, its CEO and founder Emilian Ceocanea and the rest of the team have been constantly improving and adding special features to the game. What do the players do? They mine gold, of course! As a player you can also engage in battles with other players, build with them and explore all that the game has to offer from their gold concept. Gold Fever also uses the assets in the game as real digital assets embedded in the blockchain – or, in other words as NFTs. The game’s biggest strengths are the graphics-intense gameplay and its attractive ‘gold’ narration surrounding the game. Similar to other blockchain games, Gold Fever also enables its players to earn from playing the game – increasing its appeal further.

That’s our most concise response if someone asks what is Gold Fever. But there is more. Let’s dive into those details now!

How to play Gold Fever?

Your aim as a Gold Fever player is to survive, find gold and defend yourself against enemy attacks. The gold that you accumulate is in fact the cryptocurrency $NGL, traded in the exchange market.You need to have your basic survival items such as food, clothing, shelter and medicine to look after yourself – buy them from the marketplace or even loot! Be aware of threats such as poisonous animals and harsh conditions. How to play Gold Fever, you ask. There are two factions – Tribal and Adventurer, and the characters in the faction should cooperate and work together to succeed against your opposing faction. In this process, you can develop your strengths and attributes as a player. For instance, some players can act as scouts to protect their team while other players can grind for gold. You can play Gold Fever and learn a lot about teamwork! 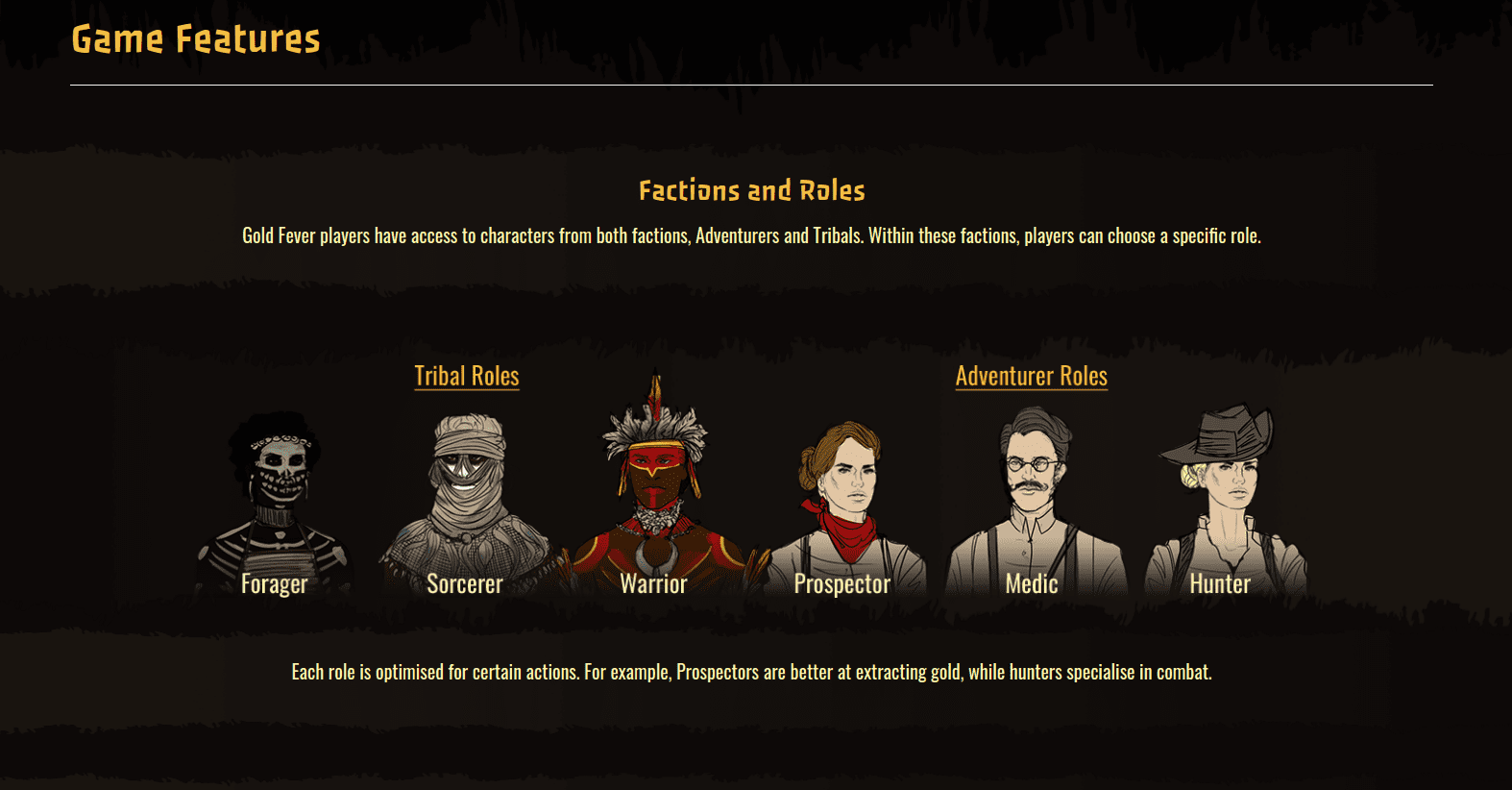 How Does Gold Fever work?

Let’s now turn our attention to the burning question of how does Gold Fever work? It covers 3 fundamental aspects. Firstly, Gold Fever is a play to earn game – which means the players can make money using different avenues – which will be discussed in the next section. Secondly, the game heavily relies on NFTs. The assets used in the game are digital assets recorded in the blockchain – therefore, its ownership can be traced back to the respective player. The player can also create their own NFTs or purchase them from the marketplace.

The third distinguishing feature is how the game is structured. As a player, you will be interacting with several persons and working as a team to defend yourself and win the games. You can also progress in your position by becoming an Area Governor!

Have we given you a comprehensive idea about Gold Fever? If so, start playing Gold Fever!

How to make money on Gold Fever?

Now, let’s look at how to make money on Gold Fever.

As discussed above, the game allows players to make money from NFT. Some of how you can earn money are via: 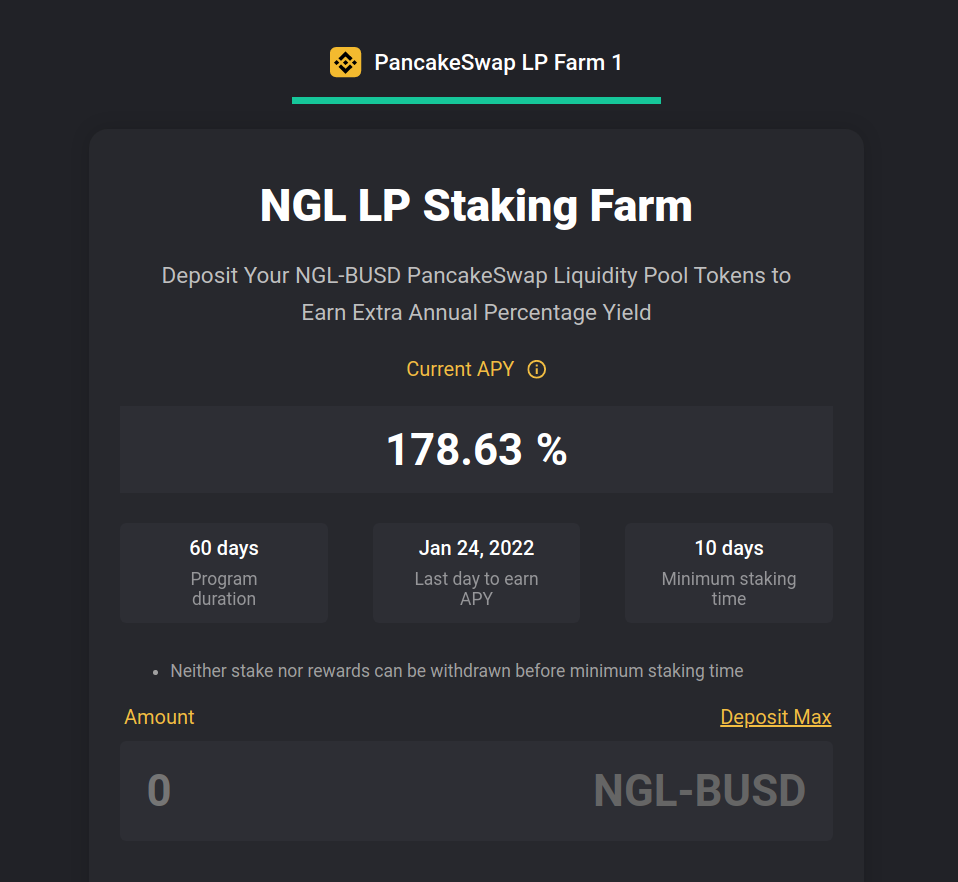 The game is still developing – therefore, there could be more opportunities to make money with Gold Fever!

How much can you earn in Gold Fever?

We understand that this is a more important question: how much can you earn in Gold Fever. However, this question is not as straightforward – because it is difficult to predict the possible amount you could earn beforehand. That is partly because the game is still being developed, and players anticipate additional NFT integration.

Gold Fever seems legit – in their last development phase. They have set out the avenues by which a player can earn money. We are certain this won’t be suspenseful for long – once the launch of their new feature! After that, you can start playing and earning money in Gold Fever.

Gold Fever is a highly anticipated game among the best gaming addicts, especially in the crypto sector, making the NGL token a hyped coin in the market. Its current price is around $3, but it reached $10 in March 2021. The $NGL price prediction among crypto enthusiasts is more than 2X! Its most appealing features are the P2E aspect, high-quality 3D graphics, and gold narration. This game could be downloaded on your android or iOS mobile. We believe that the game will achieve a much bigger status and hype after all its features are launched – possibly making it one of the best sought-after games in the sector.

Let’s start?
Start earn money playing Gold Fever right now!
Start playing Gold Fever
Table of content
We use cookies on our website to give you the most relevant experience by remembering your preferences and repeat visits. By clicking “Accept”, you consent to the use of ALL the cookiesAcceptPrivacy policy